Baccarat may appear to be a simple game because its rules are straightforward: bet on the Player or Banker and wait for your hand to win. However, if you look into the rules and strategies of experienced gamblers, you will see that this game is not as simple as it appears. Some attempt to predict the Baccarat layout based on previous results, while others rely on betting systems. In the game, logic and superstition are both important. In this article, we will attempt to explain the fundamental rules of card dealing and the points system. First, let’s go over the fundamentals, such as the meanings of the various cards and hands.

The Value of cards in baccarat

The letter “t” is not read in the English name of baccarat “Baccarat,” but this is not the most interesting fact about the game. Its name, interestingly, translates as “zero” or “nothing.” This explains why in baccarat, all Tens, Jacks, Queens, and Kings have no value. Aces are worth one point, and all other cards are worth between two and nine points. The hand’s total value can reach 9. If the card’s value exceeds 9, 10 points are deducted from it. For example, if you were dealt cards with values of 4 – 9 – 5, the sum of the hand would be 8 or 18 minus 10. Two tens add up to zero. If you have a total of 8 or 9, your hand is considered natural.

Baccarat’s first actions are always directed toward the Player’s hand. The dealer deals the player two cards, which are then turned over by the player. If their total is between 0 and 5, the third card is dealt. If the total number of points ranges from 6 to 9, the Player is standing, which means he does not receive any additional cards. A natural hand is one with a total of 8 to 9 points. With it, the player wins automatically and defeats any of the Banker’s hands. The only exception is when the Banker’s hand is also between 8 and 9 points. If the Player receives 8 points while the Banker receives 9, the Banker’s bet wins, and vice versa. When betting on a Player, the casino’s win rate is 1.24 percent, and the payout ratio is 1:1.

The Banker’s hand also receives two cards. If the Banker has 7, 8, or 9 points, the third additional card is not dealt. However, this occurs only if the first two cards have a total value between 0 and 3, as well as if the Banker received 3 and the Player received 8. Depending on the Player’s points, the Banker can still score a total of 4, 5, or 6. Fortunately, you do not need to memorize all of these nuances because the dealer is in charge of your moves. You can also refer to our mini-guide. All you have to do is download the guide from our website and read it whenever you have time. Please keep in mind that the Banker has an advantage over the Player because he receives the cards second. Many experts believe that the Banker will win more than half of the time. It has a lower casino winning percentage (1.06 percent ). Despite the fact that the Banker pays out winnings in a 1: 1 ratio, the bet also includes a 5% commission.

Additional cards are dealt to the Player and the Banker in some gambling establishments. These intricate rules give the game a more refined appearance. If both the Banker and the Player get 8 or 9 points, they are both worth. This rule has no exceptions; it is more important than all others.

Many bitcoin players mistakenly believe that the previous rounds of the game can influence the outcome of the subsequent rounds. Scoreboards are used by players to keep track of how many Player, Banker, and Draw hands have left the game. This is commonly referred to as “Pattern Recognition,” and casinos have no complaints about it. Ordinary gambling establishments distribute leaflets with pens to their customers, and online casinos have special windows for this purpose, which display the results of previous rounds. Gambling establishments understand that this practice has no effect on the outcome of the game. This tactic is also not victorious because previous results are unrelated to subsequent ones. If you’re still curious about the “Pattern Recognition” technique, you can read more about it below. Scoreboards are also known as “cube road,” “dice road,” “marker road,” “bead plate road,” and “baby pig road” in English. This refers to special boards that keep track of the hands won by the Player, the Banker, and the Draw in previous rounds. Colored cubes are used to mark them by the players. Each cube represents a different hand. 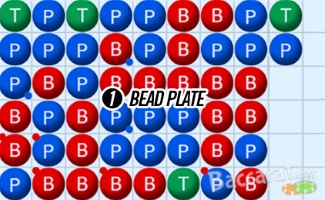 Tracking begins at the top-left edge and extends all the way to the bottom of the board. The pattern then extends from the right edge to the very top. The Great Road denotes the order of the Player’s and Banker’s victories. A draw is indicated by a green line drawn through the previous wins of the Player and Banker. Player pairs are denoted by a blue dot in the lower right corner, while Banker pairs are denoted by a red dot in the upper left corner.

This image is derived from the Player’s winnings, which are indicated by a blue dot in the upper left corner. A red dot indicates the Banker’s victory. Every time a Player’s or Banker’s winnings change, a new column begins. The table contains six rows. If there are more than six consecutive wins in a row, the point countdown moves to the right, forming the so-called “dragon’s tail.” This is the dominant image, and everyone else is moving away from it.

The Boy with the Big Eye is a perplexing statistical method for tracking how certain bets win. In this system, red marks represent repetitions, while blue marks represent random winnings. Remember, red and blue have nothing to do with Player or Banker bets.

The “Boy with a Big Eye” table begins with the hand entry following the first entry in the “Highway’s” second column. Each entry in The Boy with the Big Eye, as well as the following two systems, is based on the Highway results. Using this system can appear to be time-consuming and perplexing. To be clear, take a look at the most recent Highway results. Then go up one cell to the left. If the shift up revealed no changes, make a red mark; if the changes were blue, make a blue mark.

The use of Little Road is analogous to the use of Boy with Big Eye. Unlike the previous system, this one allows you to skip one column to the left of the column in the “Highway.” It begins with the hand that follows the first. The starting point on the “Highway” is in the third column. The first and third columns to the left of the new column in the “Highway” are the same in depth, while the first and third columns to the right are different. The path you take along the “Little Road” (while remembering the last entrance to the “Great Road”) includes moving two cells to the left and up. Mark with a red circle if the move had no effect, and a blue circle if it did.

If the move had no effect, mark it with a red circle.

The “Pig Cockroach” road is the third one, passing two columns to the left of the “Great Road “column. Aside from that, this system operates on the “Little Road” principle. She enters after the first entrance in the “Highway’s” fourth column. Compare the first and fourth columns to the left of the new Highway column here. We’ll say it again: the red circle represents the same depth as before, while the blue circle represents differences. Look at the last entrance to the Highway and move three spaces to the left to mark this image. Then proceed. If you haven’t noticed any changes, mark the box in red; if you have, mark it in blue.

Is Pattern Recognition something I should look into?

“Pattern Recognition” is a complicated system. You should know that the red circles represent the Bitcoin Banker’s win, the blue circles represent the Player’s win, and the green circles represent the Draw. The main image is “The Great Road,” and all the others are based on it. Fortunately, almost all modern Crypto casinos offer digital displays with roads and detailed winnings of Bitcoin to their customers. They provide error-free information by communicating directly with automatic card readers. Each road is typically 6 characters high, and the electronic displays that project “Boy with a Big Eye,” “Little Road,” and “Cockroach Pig” use characters that are half a cage wide and high. This means that there are six vertical symbols in three rows of cells.

Regardless of how these images are used (whether by self-deducting points or by using a digital display), keep in mind that they are based on superstition and a false sense of control, both of which are aspects of play psychology. They do not reduce the Crypto casino’s share and cannot guarantee a win. If you want to have a genuine Macau Baccarat experience and successfully play with Bitcoins, use these systems in the same way that others do to avoid bad luck. 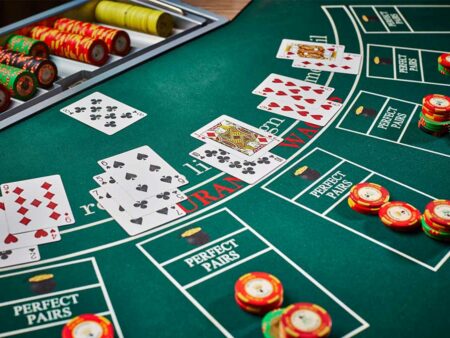 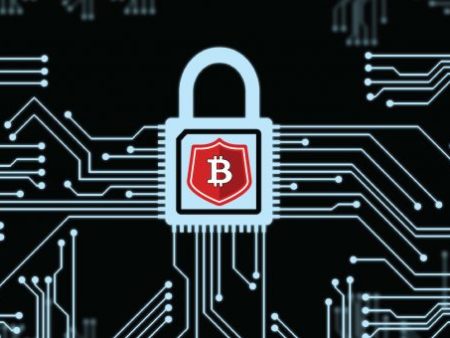 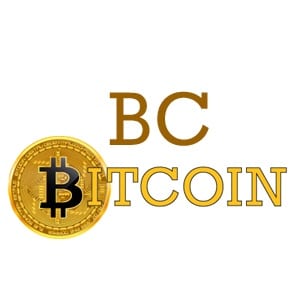 Copyright © 2021, BitcoinPlay.org. Privacy Policy and Terms of Use. All rights reserved
We use cookies to ensure that we give you the best experience on our website. If you continue to use this site we will assume that you are happy with it.Ok