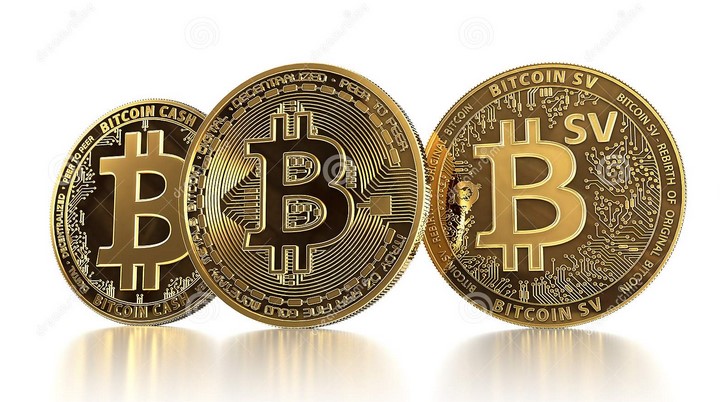 It may interest you to know that in today’s cryptocurrency world, there are more than 5,500 different alternative coins or altcoins. However, Bitcoin stakes its claim as the first ever Cryptocurrency created by the mysterious “Satoshi Nakamoto” presumably a pseudonym for an unknown individual or group of persons.

Bitcoin or BTC was created on the 31st of October, 2008 as a “digital cash” with the technical details and specifications of the digital currency highlighted in the Bitcoin whitepaper released at the time as well. But it would take three months (January 3, 2009) before BTC would go live to rave reviews and a huge demand.

The emergence of Bitcoin would inspire the creation of a host of other digital currencies or altcoins which would serve to create competition in the market and to provide people with viable options to BTC. Some of the notable altcoins that would emerge include the “digital silver” – Litecoin and also Bitcoin Cash (BCH) which is an altcoin hard fork of Bitcoin and Bitcoin Satoshi Vision (BSV) which ironically is a hard fork of Bitcoin Cash.

Belows is a table highlighting the main differences between BTC, BCH and BSV

Bitcoin is an open payment network characterized by its peer-to-peer, distributed and decentralized operations. This trait makes it possible for individuals to easily join and carry out financial transactions on the Bitcoin network simply by having a functional internet connection. As a matter of fact, with a decent enough memory that can conveniently download the Bitcoin blockchain and a good internet connection, anyone can take part in the Bitcoin network as a miner or node.

With a verifiable Proof-of-work (PoW) consensus mechanism as the standard, miners will be entitled to a specific amount of Bitcoins for their work in including new blocks to the Bitcoin blockchain. By so doing, fresh BTCs will be circulated into the system, although there is a ceiling to the total amount of Bitcoins that will ever exist in circulation and this pre-established amount is 21 million BTCs.

The Bitcoin network also works on the basis of free entry and exit for miners. Meaning that nodes can join the network and leave at any time without restraint. The miners would be allowed to join forces and create a brand new blockchain of their own and this principle of free entry and exit will still apply to their newly formed blockchain. Bitcoin experienced a hard fork (a situation where miners can agree to leave the network to form a new blockchain) and the formation of Bitcoin Cash (BCH) emerged.

BCH a Hard Fork of BTC

The Bitcoin Cash is therefore an altcoin that came about when a group of miners decided to exit the Bitcoin blockchain and form their own blockchain. This occurred on August 1, 2017 and came about as a result of a disagreement between factions in the Bitcoin community mainly with regards to the scalability of the blockchain.

The argument at the time of the founders of BCH, was that with an increase in the block size, the transaction speed per second would improve and users would be able to use the digital currency in carrying out everyday transactions with ease. While Bitcoin Cash offers a much larger block size, their PoW consensus mechanism is basically similar to that of the Bitcoin blockchain network.

Scalability is a Main Difference

In what could only be described as a karma-like incident, some miners of the Bitcoin Cash network also decided that the block size under the Bitcoin Cash network was too small. BCH members were intent on keeping the block size at a conservative 32 MB while some members wanted the block size to rise to a more dynamic 132 MB. At the end of the day, a hard fork of the BCH blockchain was inevitable and on November 15, 2018, Bitcoin Satoshi Vision or BSV cryptocurrency was created.

Though BTC, BCH and BSV may share the name “Bitcoin”, in truth they are all independent digital currencies. With Bitcoin being the first ever cryptocurrencies, while BCH and BSV take their places in the world of cryptocurrencies as altcoins with each offering completely different and distinct roles in the market.

When it comes to price, a single BSV is valued (as at the time of writing this post) at about USD $180 while BTC is priced at about USD $9,206. What this means is that for you to buy one Bitcoin (BTC) with Bitcoin Satoshi Vision (BSV), you would need to spend as much as 51.14 BSV.

Summarization of Pros and Cons of each crypto

The three cryptocurrencies all maintain a similar PoW consensus mechanism as well as entry and exit strategy. However, they are different in terms of their block size, scalability, market capitalization and price.

If you want play Games with your BSV or if you want try various casino accepting BTC or BCH, don’t hesitate to visit this website.